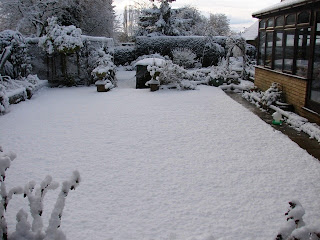 Just a few photos of the snow in our garden 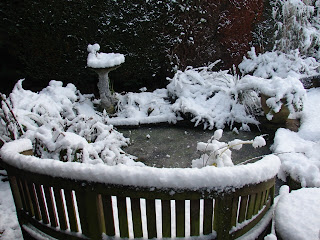 This was the scene on 26th November 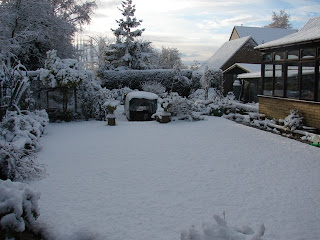 The day we went away for the weekend! 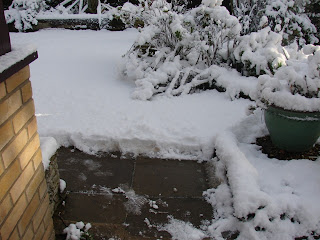 It got deeper and deeper since these photos were taken 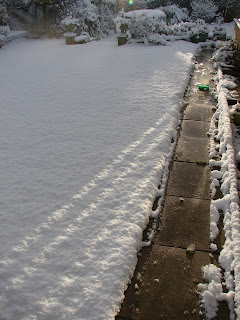 I shovelled all the paths 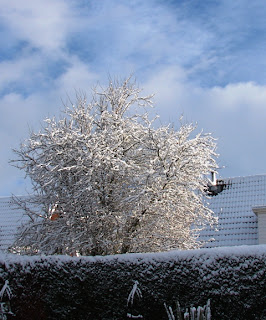 Stopped to admire the trees while I caught my breath 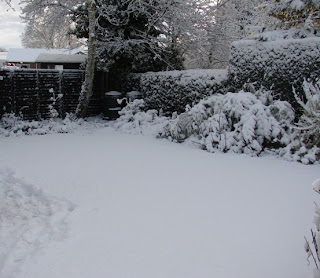 Cleared the snow around the chooks Peckingham Palace My willow arch with a crew cut looks like a work of art! 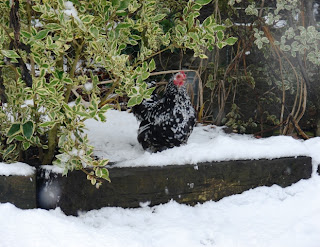 For the past two weeks, I have given up  even trying, and the banties do not mind a bit!
The bantams can fly quite high - so they just flew out of their run onto wherever they wanted to be.
On a flower bed or from one end of the garden to the other to get to the gravel under the hedges.  It has really been an eye opener to see them fly around like pigeons!
In fact they have got so used to flying they just do it all the now!
And guess what - Dolly, the dottie Silkie has started laying an egg every day!
I won't tell her that she's supposed to do that in the summer!
Posted by Unknown at 11:06 pm 6 comments: 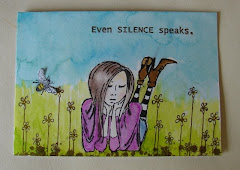